Nothing says Christmas in Florida like the Boat Parades!

Dec 15, 2018 · 3 min read
All three counties on the Treasure Coast, along with their southern neighbor, Palm Beach County, participated by illuminating the local waterways with lights and with the joy of the holiday season!

From Skyrockets to the Lighthouse
Everyone looked up in the sky in Palm Beach County, but not for Santa! Instead, they were looking for fireworks! The boat parade was on its way in early December and everyone enjoyed the boats decorated with dancing lights, holiday decorations and more than a surprise or two. In 2018, the Palm Beach Holiday Boat Parade began near North Palm Beach Marina and moved north to the historic Jupiter Lighthouse via the Intracoastal Waterway.

The parade was led by a traveling fireworks display that illuminated the night sky. This display is called the largest public holiday event in Palm Beach County for a good reason; tens of thousands of residents and guests view the parade from their waterfront homes, restaurants, and numerous parks and public viewing areas along the parade route.

There were more fireworks and planned activities at Riverwalk Events Plaza and at Harbourside Place in Jupiter, all of which provided the parade's finale. There were plenty of public parks and places along the Palm Beach Holiday Boat Parade route to see the show: Juno Park, Bert Winters Park, Riverwalk Events Plaza, Harbourside Place and Sawfish Bay Park 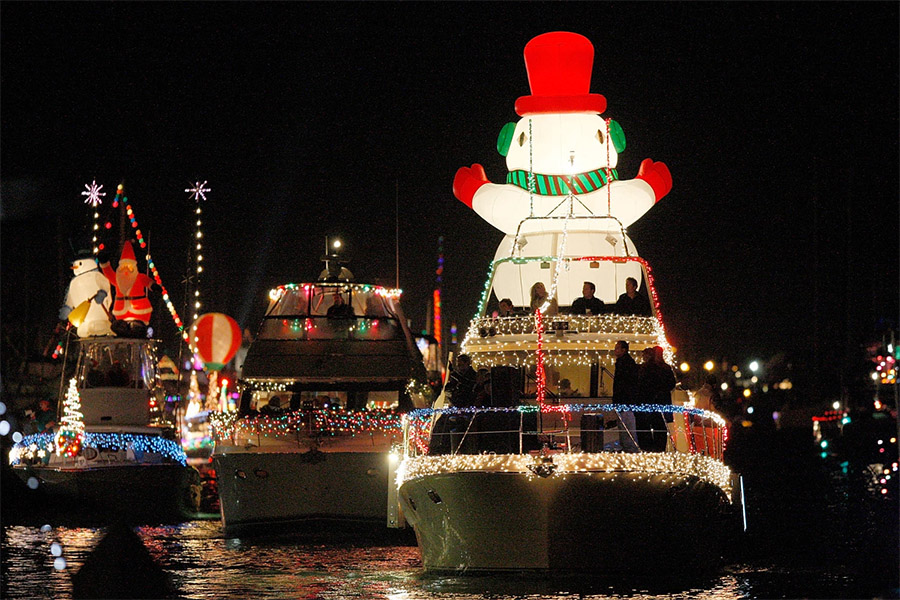 The annual Christmas Boat Parades, South Florida-style, have left their festive mark on the Treasure Coast too! Boat Parade organizers were successful in getting everyone into the Christmas spirit as they provided the perfect way to enjoy the holidays with friends and family! The Marine Industries Association of the Treasure Coast sponsors this seasonal gift to the community, consisting of decorated boats both small and large. A festival took place in the park. Anyone with a boat was welcomed to participate in the boat parades. Martin County, St Lucie County and Indian River County boat parades were free for participants and spectators.

Recent 2018 Treasure Coast Boat Parades included the Martin County Boat Parade in Jensen Beach, Stuart FL and Port Salerno FL. That beautiful light parade took place on December 8th from 6 PM - 7:45 PM. The 38th Annual Martin County Parade, began at the Jensen Beach Causeway at 6:00 pm and proceeded to Sandsprit Park and on into the Manatee Pocket. The Parade ended at the Twisted Tuna at 7:45 PM at which time the winners were announced. 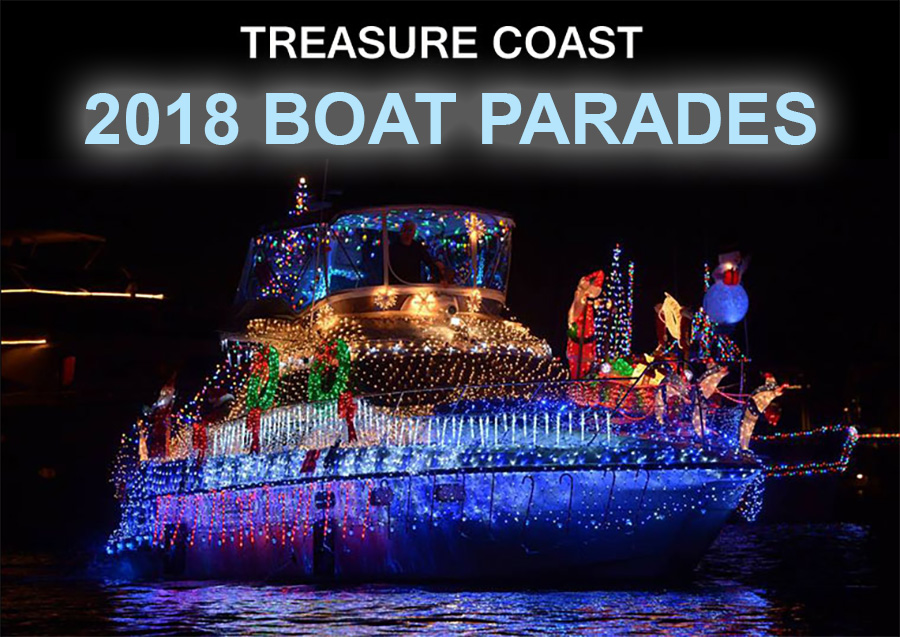 Additionally, the public celebrated the viewing of the parade boats at restaurants, parks and plenty of other locations all along the route. Viewers were invited to walk along the docks. Many brought lawn chairs and blankets so they could comfortably view the boats and crews

The St Lucie County Boat Parade was also held in Fort Pierce, FL on Saturday, Dec 8 - from 6 PM - 7:45 PM. The 28th Anniversary of the Fort Pierce, St. Lucie Christmas and Winter Holiday Boat Parade started at Taylor Creek near Harbortown Marina on December 15th at 6:30 pm. It proceeded past the South Beach Causeway, turning around at the Fort Pierce Inlet at 7:00 pm. It then continued back to the Fort Pierce City Marina and Original Tiki Bar and Restaurant at 7:45 pm where winners were announced and prizes were awarded.

The Indian River County Boat Parade in Vero Beach, FL was held on Saturday, Dec 15 from 6 PM - 7:15 PM. The Vero Beach boat parade started at 6 in the intracoastal waterway between the two bridges and finished at the Vero Beach City Marina. 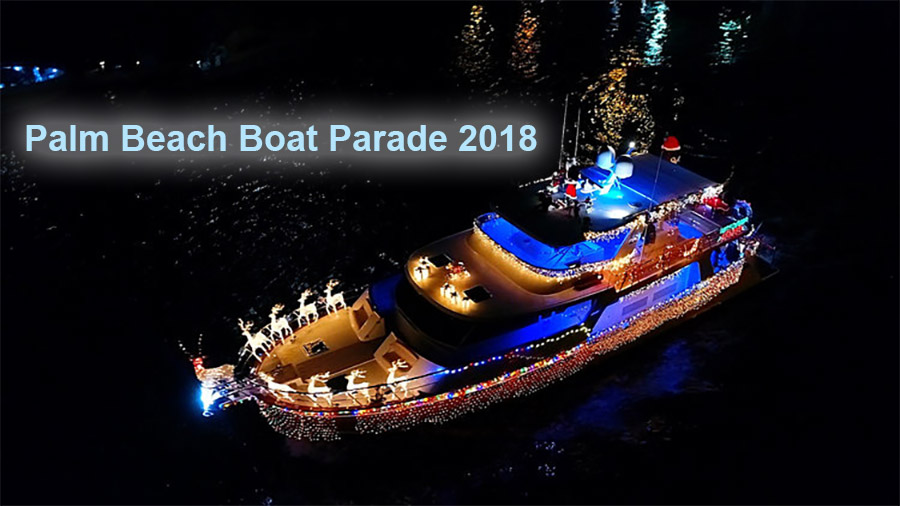 One Additional Note: The Palm Beach Holiday Boat Parade benefited the U.S. Marine Reserves Toys for Tots Program and Little Smiles of South Florida. In 2017, the MIAPBC collected nearly 10,000 toys for needy children in Palm Beach County, making this event one of the top toy collecting events in Palm Beach County. We, at L&H Boats, salute the MIAPBC!

For more information about our Used Boats for Sale, Boat Repair, Plastic Fabrication, Custom Boat Canvas and Upholstery, Boat Service and Restoration, call us at 772-223-8005!